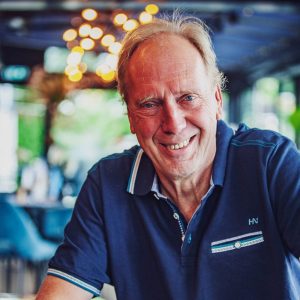 Chris van der Heijden studied history, philosophy and literary theory at the University of Utrecht. For many years he worked at various media organisations (newspaper, magazine, radio, TV) and produced hundreds of articles and programmes.

Over the years he has published some twenty books and booklets dealing with a wide range of topics, including such themes as the Second World War, Spain in the fifteenth and sixteenth centuries, Israel, poverty, managerial culture and the brand LINDA. He has also published numerous articles, including coverage of the current media landscape.

"I am a marketplace where many I's meet"

Chris van der Heijden’s primary interest, with regard to media is its role in society. In other words, he is intrigued by topics such as media and power, or media, meaning-making and identity. He is also very interested in debates conducted in the media regarding current topics. He prefers to use a historical perspective in his research.